Just as Brexit discussions are finally commencing in Brussels, four Europeans are executing a complete transformation of our garden, in full blast of a fierce heatwave. 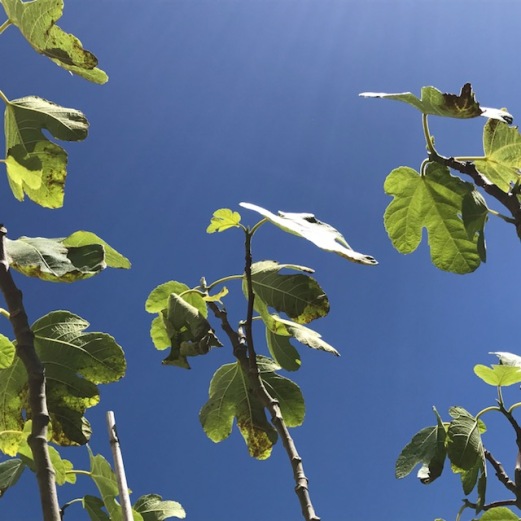 They toil determinedly for long hours, sweat trickling in streams down their temples. Cheerful and polite, they unearth and present us with museum pieces from the last century which no-one has discovered in decades.

Curious about their accents, and concerned for their welfare, I take them iced water and decide to take the plunge by quizzing each of the four about their origins. I’d guessed Polish, but my easily-reached assumption is wrong. Two of them hail from Hungary, and the other two are Slovakian.

Are they friends? Relations? What took them away from their homelands? And what do they make of life here? 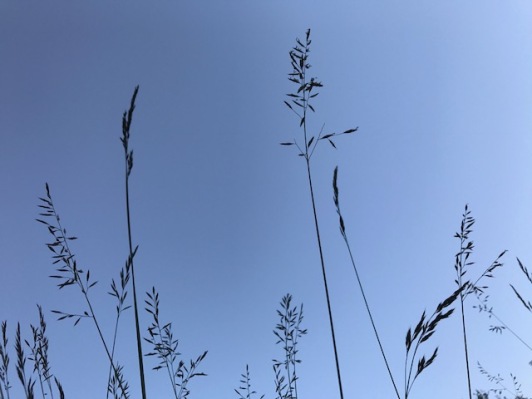 Peter (31, Slovakian) has lived in Essex for nearly a decade. “I came here to escape my mama!” he laughs, “I wanted an adventure!” Despite the heat, he’s very chilled out and feels comfortable in the UK. Ten years is a long enough period of time to get used to a place, and also to start behaving like a Brit: this year he’s holidaying in Spain. When he lived in Slovakia, he used to travel to Croatia, “I like the food there, the culture, the weather, but now I try something new.”

He bemoans the high cost of living in the south east corner of England, and has hopes that, one day, he and his English girlfriend can move up north.

Jaroslav (32, Slovakian) comes from a small town in the north-east of Slovakia called Spišská Belá. He explains that he can earn more money here than he can back home; he intends to work hard, master English, and see what happens. He shows me his Instagram account which profiles his creativity and craftsmanship. I’m impressed.

Vince (from Hungary) leads the four in their work. He tells me that the best thing about the UK is that everything functions. His English is excellent, although he’s found it hard to get to know British people, who seem to live up to their reserved stereotype. He lives in a house share in London with Italians and Poles (and others, I think), and says the local population is Asian, so he doesn’t get to meet many Brits. I tell him that, actually, he is living amongst Brits. He smiles, nods with a shrug and agrees.

Gabi (also Hungarian) has been here for just a month. She followed her heart – she’s Vince’s girlfriend. They met as children in their hometown of Sárospatak, in the north of Hungary, and became an item in 2013 when Vince was home for a spell. Gabi is an English teacher by training, and misses the art and culture of Budapest. She loves gardening, but confesses that it’s hard work. She looks across at Vince with fondness – she’s happier now, it was worth leaving Hungary to be here with him. 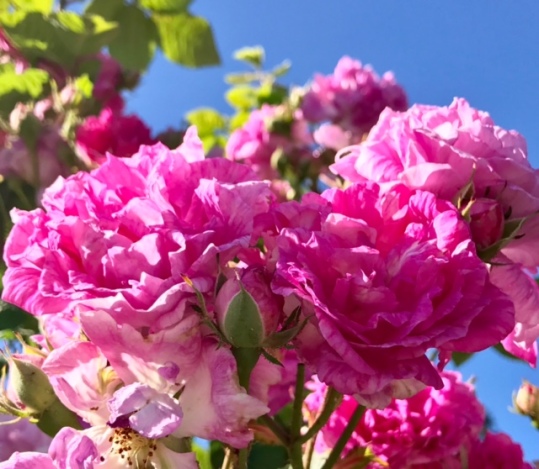 The two of them discuss Vince’s favourite food that he misses from home: it’s a kind of meat soup that no Sunday family meal is complete without. Vince enthuses about his mother’s cooking; it’s like he’s back in her kitchen as he evokes the satisfyingly good soup … not goulash, I wonder?

The pair struggle to describe it. So Vince writes down its name: marhahúsleves, which turns out to be a complex and hearty three-course meal. He says he also misses hearing the Hungarian language all around him. I think it’s a good job that Gabi has arrived. 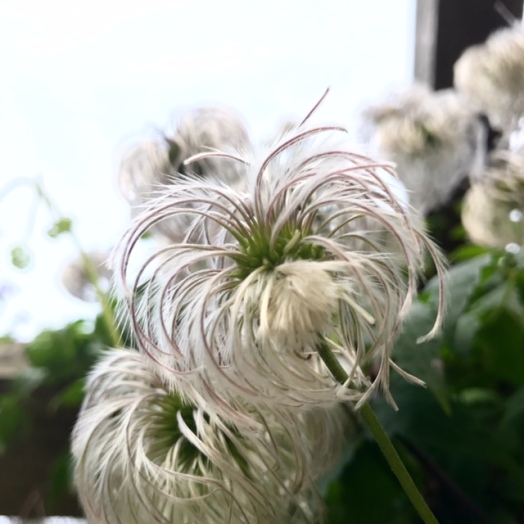 Much like the referendum vote, the four are divided in their thoughts about Brexit. Peter and Jaroslav have no anxieties (is that the Slovakian way, or is Peter unconcerned as he’s long-established here, and Jarsolav may return home anyway?).

Vince and Gabi admit to worries. Vince has been here almost five years, but Gabi is a real newcomer. She turns the question on me as if I have some insider knowledge: “Will Brexit really happen?” she asks, searching my eyes for reassurance.

For Gabi likes living in the UK, she says people have welcomed her. Indeed, none of the four have ever received any negative attention here. Only Peter has witnessed one isolated hostile incident, but that was a while ago. He says he loves the multicultural nature of the UK – Slovakia lacks that diversity.

Vince explains that he abandoned his degree course in Budapest because he wanted an adventure, a different life, to find something new. Now he wonders whether one day he might go back to Hungary. Unemployment is high, but not officially – the truth is somewhat hidden. If he could find a job and a house – security – yes, he would return. But today home is here, in multicultural Britain, and Gabi is here too. 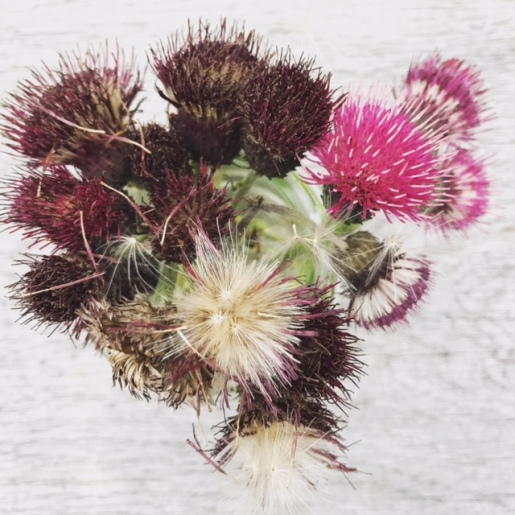 It’s early days with the Brexit discussions, and I can’t give Gabi the assurances she seeks – who knows yet quite what our four European gardeners’ rights will be post-Brexit.

I do know that I’ve kept them talking long enough. They are very good-natured, and happy to humour me, but I sense that Vince is keen that the team crack on with the mountain of work that still lies ahead.

So I retreat out of the heat, and leave my four interviewees to carry on with their work in rescuing my garden from its wilderness, while I collect my thoughts. 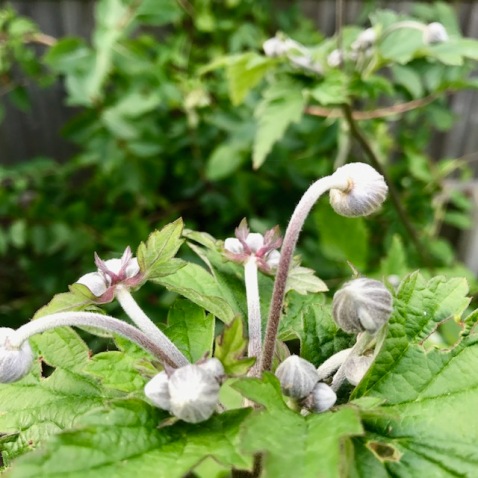 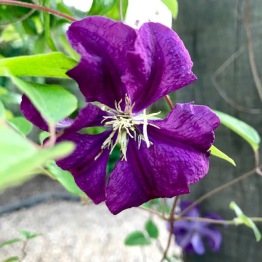 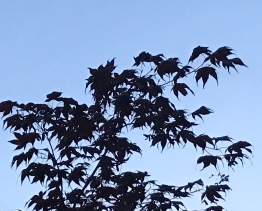 Brief exchanges, all of them, but I have learned a few things:

I shouldn’t assume someone is Polish just because he or she has an Eastern European accent.
Goulash isn’t the only kind of Hungarian beef soup.
Love is in full bloom in my garden.
I also know that there is no way I could work in such intense heat without a single word of complaint.

Now I sit in a patch of land which is a pleasure to be in, thanks to to my European gardeners, all of whom came to the UK in search of their own adventures. In doing so they have enriched the land (not just mine, I’m sure) and increased its diversity, which to my mind can only be a good thing. 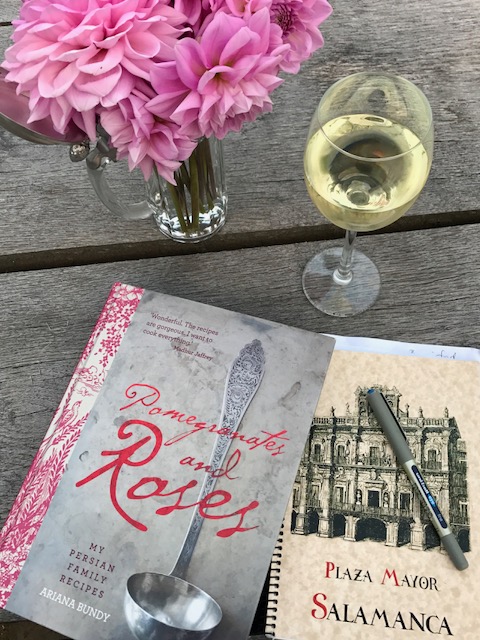