Friday night – an urgent whatsapp request pings in – information is wanted in Belgium. No.2 needs to know everything there is to know about his great-great-great uncle who died during the First World War. Was it here – in Ypres?

Fact #1 – Ypres (otherwise known by its Dutch name Ieper) was once a pretty town boasting ancient roots. But on 7 October 1914, German soldiers entered the town. For the next four years, Ypres was in the midst of battlefields, suffering almost total destruction by the end of the war.

Fact #2 – British soldiers called the town “Wipers“, and a few of them even discovered an old printing press, wiped it down and were brave enough to begin publishing The Wipers Times – a black-humoured newspaper that flourished with the spirited satire many needed to get through the horrors of war.

So this is No.2’s photo blog post – with his pictures and fuelled by his interest, which prompted me to discover more for myself.

I conducted a fairly formal interview with him, which initially amused us both. But the more we talked, the more naturally the thoughts came, and it was clear that my son’s recent school trip to the war cemeteries, memorials and battlefield sites in and around Ypres had deeply affected him.

He spoke about the rows upon rows of plain white graves. Neatly kept and beautifully peaceful – but too many to count.

The resting places of unknown soldiers particularly moved No.2. 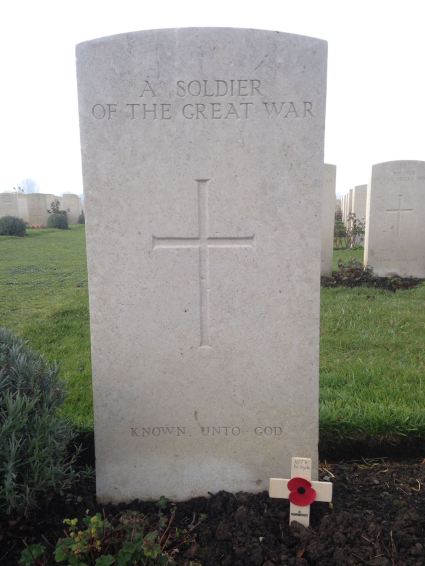 Fact #3 – about 90,000 British and Commonwealth soldiers who died in the Ypres Salient were buried unidentified, or their remains were lost in the ongoing war. Around the same number of German soldiers’ remains are unknown/unidentified too.

The names of 54,896 men are inscribed here, on the Menin Gate Memorial in Ypres. 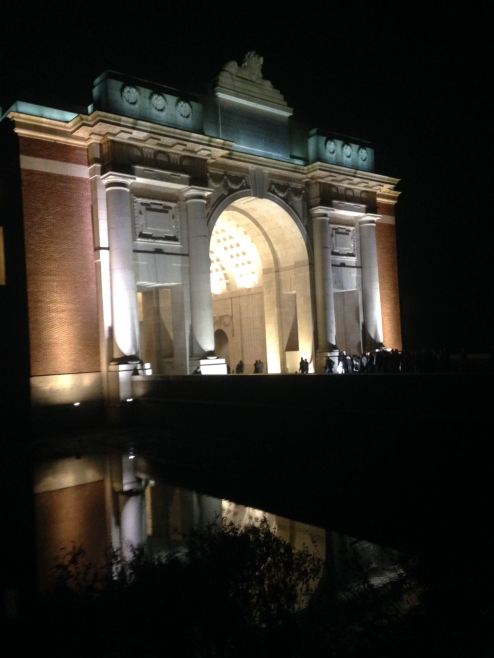 Before they died, those same young men lived and breathed in dark dank trenches like these at Sanctuary Wood.

When the farmer who owned this land returned to reclaim it (in 1919), he decided to leave these hellholes undisturbed. His grandson now owns and runs the museum attached.

Not far away, on Hill 60, lies a large crater – created when a mine was detonated underneath the German position. The sight of the reflecting water now filling it is a poignant reminder of the huge devastation that was caused by this one single act.

Fact #4 –  some 37 million people were killed or wounded during the First World War. Approximately 17 million were killed and 20 million wounded (military and civilian).

Thousands of men met their deaths on the fields below at the Battle of Mount Morrel in June 1916.

A personal connection makes a difference. No.2’s great x 3 uncle fought as part of the New Zealand Expeditionary Force – that much my son already knew. Hence his special interest in taking these pictures at Tyne Cot Cemetery, where 11,954 Commonwealth soldiers are buried.

Great x 3 uncle’s remains do not rest here, nor we do not think he died fighting near Ypres.

He left New Zealand in June 1917, and sustained fatal injuries on a battlefield in North-West Europe just months before the end of the war. His grave is on the other side of the world to his homeland, but not far from Ypres. We visited it several years ago in Étaples War Cemetery, which is the biggest such cemetery in France.

Our long-lost uncle left a wife, but no children. He was dearly missed, and from time to time someone in the family would tell his story, which is how we came to learn the whereabouts of his grave in France. Fallen but not forgotten.

It seems that no journey is complete without some retail therapy. The final hours of the school trip set the children free in Ypres. No.2 and his friends were drawn into The British Grenadier Bookshop by the sight of an antique machine gun in the window. Thankfully my son didn’t have the euros for that, but we do now home a rusty old exploded grenade. 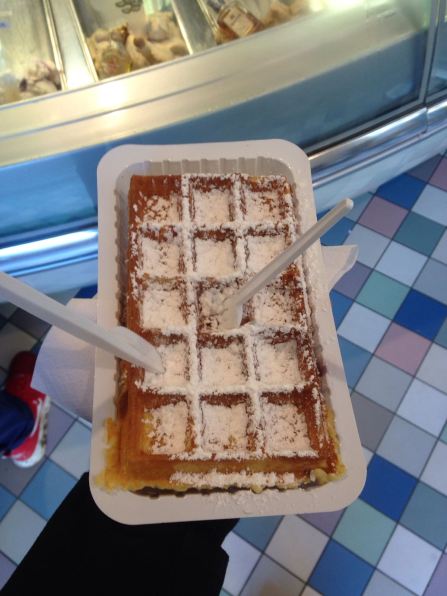 Fact #5 – the word “pukka“comes from the Hindustani word “pakkha” and started to be used during the First World War to describe something that was proper and soldierly. It’s still used today (think of Jamie Oliver and his accidentally appropriate use of a term with culinary origins).

7 thoughts on “Fallen but not forgotten”